The photograph on the front of this book is, in a way, a double symbol. Firstly, it presents the Lvovian philosophical milieu around 1925 when its three main figures were Kazimierz Twardowski, Kazimierz Ajdukiewicz, and Roman Ingarden. Secondly, it reflects the tension between the two approaches to philosophy referred to in the title: “Intuition and Analysis.”

The central item of the photograph is the couch on which the three gentlemen are sitting. If we did not respect linguistic purism too much, we could say that they are connected by a common sofa, with the word “sofa” sounding similar to “σοφία:” wisdom, reason, ratio, that is, in technical terms, anti-irrationalism. However, the ideal of wisdom may be realized differently and this is where tensions appear despite general agreement.

Each of the three men is sitting differently: Twardowski and Ingarden have their legs crossed at the ankles; body language experts would perhaps say that they are restraining their “boiling” negative emotions. However, in Twardowski, this is paired with self-confidence (legs spread), and in Ingarden – uncertainty (legs joined). Indeed, Ingarden preferred “deep” phenomenology to Twardowski’s “small” analysis but could not feel safe near the Lvovian master of clarity.

Ajdukiewicz, relaxed with his legs and arms crossed, distances himself from them both: he is sitting close to his colleague Ingarden but turned sideways, away from him. He looks with respect at his teacher and father-in-law Twardowski, but sits at a “safe” distance from him. Indeed, Ajdukiewicz’s “sharp-logical” attitude towards philosophical problems differed both from Ingarden’s approach and the “soft -logical” program of Twardowski.

The three philosophers are surrounded by their students; some of them (for instance, Izydora Dąmbska, Leopold Blaustein) are also central figures in this book.

The interpersonal and intertextual relations between Ingarden and the Lvov-Warsaw School examined in this book are not only of a historical character. Even now, they may serve all truth-lovers in finding their own way of dealing with philosophical problems. 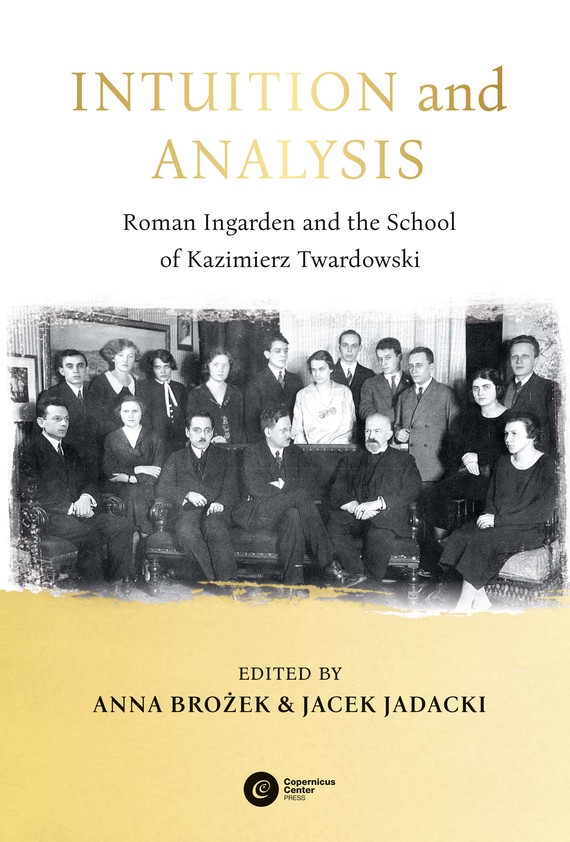