“Shades of THE HUNGER GAMES permeate a story centered around two courageous teens determined to buck all odds in an effort to regain their loved ones. But the true strength in any story lies not so much in its setting and events as in how the characters come across, come alive, and handle their lives--and it's here that ARENA ONE begins to diverge from the predictable and enters the more compelling realms of believability and strength….ARENA ONE builds a believable, involving world and is recommended….for those who enjoy dystopian novels, powerful female characters, and stories of uncommon courage.”
--Midwest Book Review
D. Donovan, eBook Reviewer

New York. 2120. American has been decimated, wiped out from the second Civil War. In this post-apocalyptic world, survivors are far and few between. And most of those who do survive are members of the violent gangs, predators who live in the big cities. They patrol the countryside looking for slaves, for fresh victims to bring back into the city for their favorite death sport: Arena One. The death stadium where opponents are made to fight to the death, in the most barbaric of ways. There is only one rule to the arena: no one survives. Ever.

Deep in the wilderness, high up in the Catskill Mountains, 17 year old Brooke Moore manages to survive, hiding out with her younger sister, Bree. They are careful to avoid the gangs of slaverunners who patrol the countryside. But one day, Brooke is not as careful as she can be, and Bree is captured. The slaverunners take her away, heading to the city, and to what will be a certain death.

Brooke, a Marine’s daughter, was raised to be tough, to never back down from a fight. When her sister is taken, Brooke mobilizes, uses everything at her disposal to chase down the slaverunners and get her sister back. Along the way she runs into Ben, 17, another survivor like her, whose brother was taken. Together, they team up on their rescue mission.

What follows is a post-apocalyptic, action-packed thriller, as the two of them pursue the slaverunners on the most dangerous ride of their lives, following them deep into the heart of New York. Along the way, if they are to survive, they will have to make some of the hardest choices and sacrifices of their lives, encountering obstacles neither of them had expected—including their unexpected feelings for each other. Will they rescue their siblings? Will they make it back? And will they, themselves, have to fight in the arena?

“Grabbed my attention from the beginning and did not let go….This story is an amazing adventure that is fast paced and action packed from the very beginning. There is not a dull moment to be found.”
--Paranormal Romance Guild {regarding Turned}

""I will admit, before ARENA ONE, I had never read anything post-apocalyptic before. I never thought it would be something I would enjoy….Well, I was very pleasantly surprised at how addicting this book was. ARENA ONE was one of those books that you read late into the night until your eyes start to cross because you don't want to put it down….It is no secret that I love strong heroines in the books I read….Brooke was tough, strong, un-relentless, and while there is romance in the book, Brooke wasn't ruled by that....I would highly recommend ARENA ONE.”
--Dallas Examiner

Transmission (The Invasion Chronicles - Book One): A Science Fiction Thriller

A Quest of Heroes (Book One in the Sorcerer's Ring)

Rise of the Dragons (Kings and Sorcerers - Book One)

Watching (The Making of Riley Paige - Book One)

Cause to Kill (An Avery Black Mystery - Book 1)

Slave, Warrior, Queen (Of Crowns and Glory - Book One)

A Trace of Death (A Keri Locke Mystery - Book 1)

A Throne for Sisters (Book 1)

The Plot Thickens: 8 Ways to Bring Fiction to Life

Sworn (Book One of the Vampire Legends) 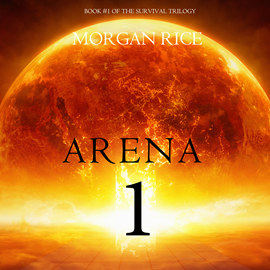 Arena One (Book One of the Survival Trilogy)